No matter how carefully the oven is used in the process of cooking, the internal surfaces of the device still get dirty over time. There are different methods of cleaning this indispensable helper in the kitchen. Which option is suitable in a particular case largely depends on the model of the product. However, there is a universal effective solution – hydrolytic cleaning of the oven.

The principle of hydrolysis cleaning is quite simple. It is a steam treatment.

Water is poured into a special recess in the lower part of the oven. Under the influence of temperature (up to 90 °C), the liquid evaporates, settles on the walls inside the device, which has a destructive effect on fat and other accumulations. Cleaning agents are usually added to the water, which makes the process more effective. All that remains to be done after cooling the surfaces is to wipe them with a damp sponge. 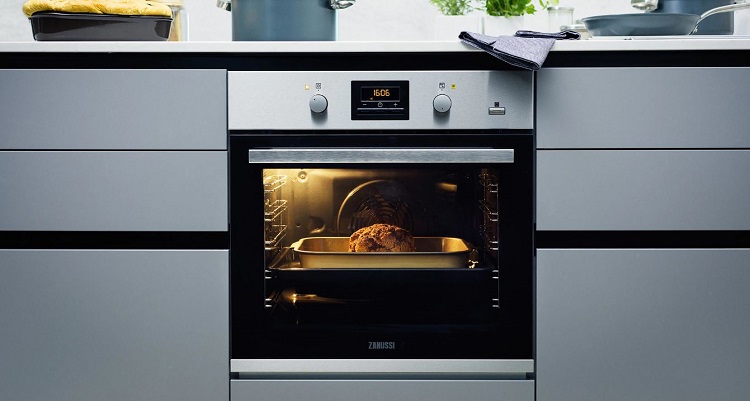 Ovens with a built-in hydrolysis function are equipped with a special recess in the base, into which detergent and water are poured. A distinctive feature of such devices is the coating of the internal surfaces of the cabinet with high-quality enamel, resistant to alkalis and acids. This is due to the fact that the liquid can not only neutralize pollution: without a good coating, the metal will be prone to corrosion.

The peculiarity is that any oven can be cleaned using the hydrolysis method. In the case of a conventional oven, water is poured into a baking tray or heat-resistant dish. However, the surfaces of such devices are less resistant to corrosion, so steam cleaning is often not recommended.

Advantages of the method

The advantages of the hydrolysis method of cleaning can be highlighted as follows:

As with any other cleaning method, the hydrolysis method, in addition to its advantages, also has its inherent disadvantages. The main disadvantages are:

Despite the existing disadvantages, by using the hydrolysis method of cleaning, the oven can always be kept in perfect condition for cleanliness. To do this, you need to clean every time after preparing another culinary masterpiece.

How it looks step by step

The step-by-step process of hydrolytic cleaning of the oven looks like this:

If the contamination was not removed in one session, it is advisable to repeat the procedure. 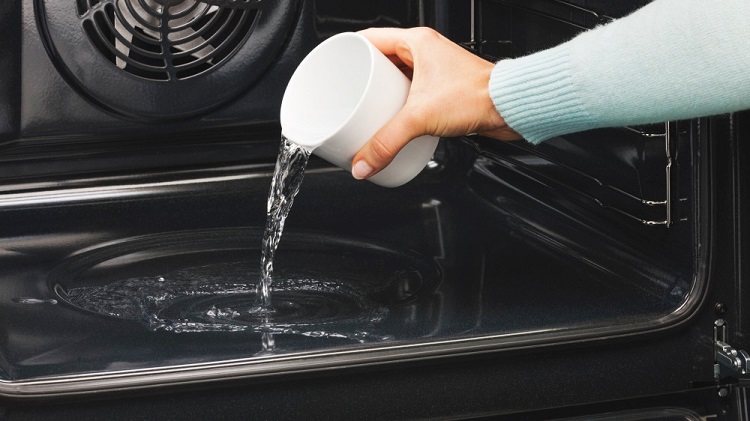 How to achieve an ideal result

You can try to get rid of dirt only with water, without adding detergents. However, their use is desirable. If you don’t want to use any kind of household chemicals, you can use one of the so-called folk methods in practice. To do this, use the means that are usually in the kitchen of any housewife:

What is hydrolytic cleaning of the oven