Small bugs that have appeared in cereals or flour cause a lot of inconvenience. After discovering them, you won’t want to eat anything from home food. If you manage to remove the pests, there is no guarantee that they will not come again. However, with the right actions, you can protect yourself from them forever. Let’s figure out how to get rid of bugs in cereal.

Causes of appearance – where do beetles come from?

Sometimes it seems that the bugs simply have nowhere to go. But insects can appear in the kitchen for two simple reasons:

It is for this reason that it is extremely important to detect the problem in a timely manner. This will help to kill parasites in products as quickly as possible. If it was possible to notice that a thin web has formed over the cereal, holes have appeared inside the grains, small dark excrement, worms or cocoons, and the food itself has begun to stick together, then urgent measures are needed – parasites appear. 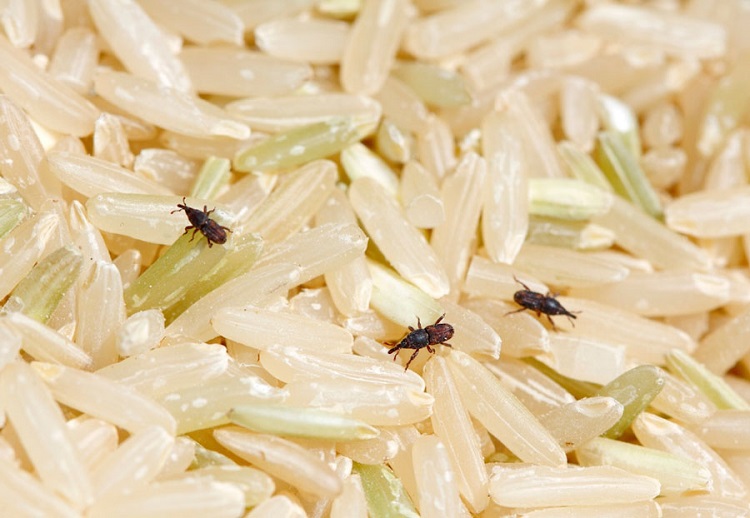 Unfortunately, parasites living in cereals can be of several types. They practically do not differ in the degree of harmfulness, but each of them prefers special conditions for life. Species: 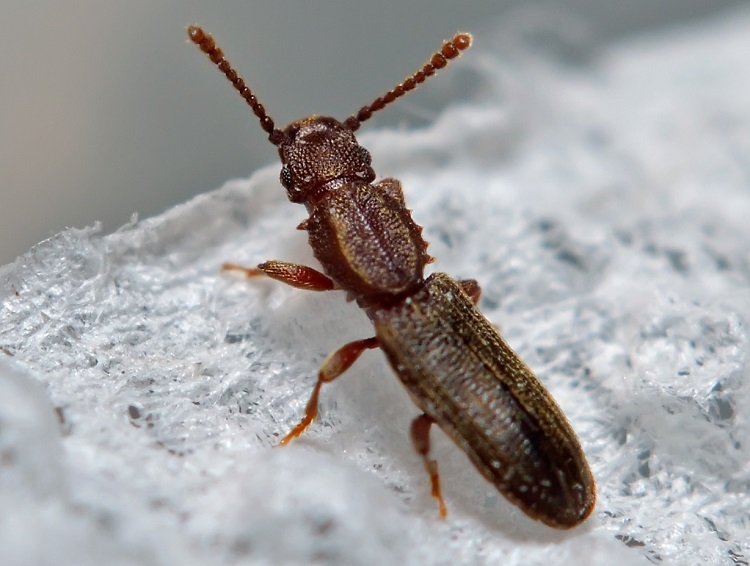 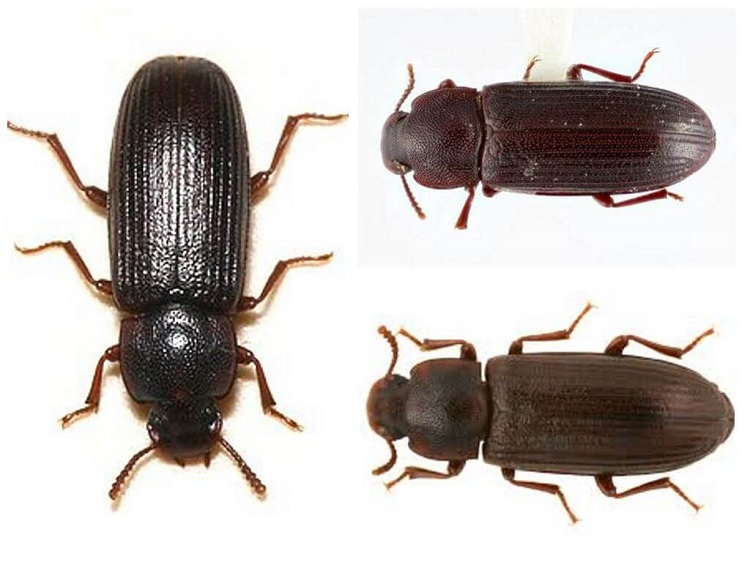 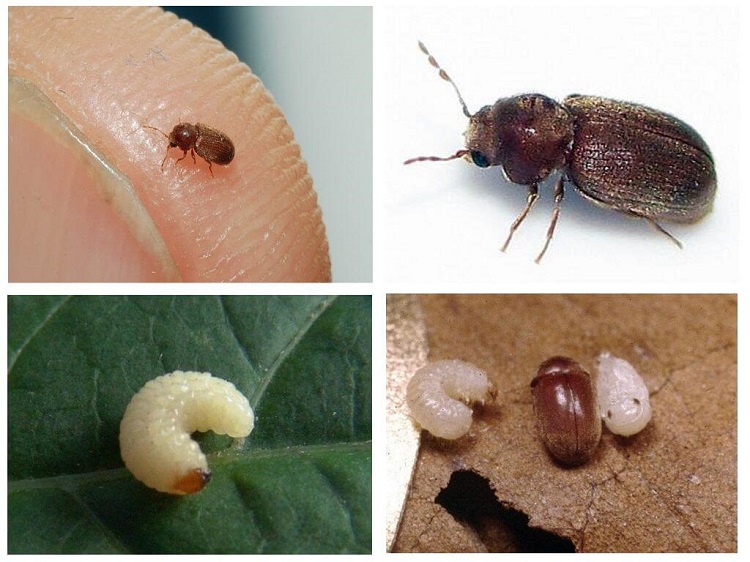 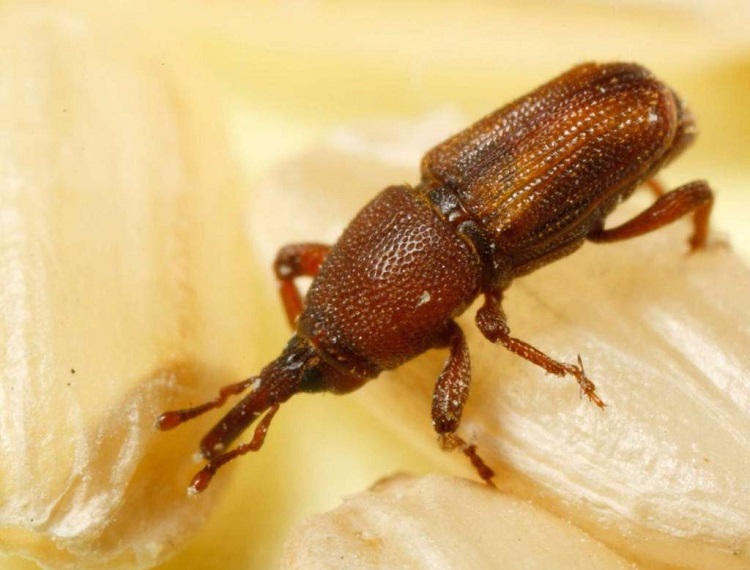 If you encounter transparent bugs, you should also act immediately. As a rule, developing individuals that were just born and did not have time to grow up do not have color. Dealing with them will be a little easier.

What are dangerous bugs

After people notice uninvited guests, most of them immediately start wondering if it is possible to eat this food. Some, of course, will not be able to do this psychologically, since they saw a huge accumulation of parasites. However, there are also those who do not mind washing, sifting and cooking groats. You can’t do this. Even when it was possible to get rid of the bugs.

The reason for this is the danger to the human body. It consists in the waste of life activities of larvae and adults, as well as a sharp decrease in the nutritional value of the product. If parasites were found in pearl barley, it should not be boiled and eaten. This will lead to severe poisoning and an allergic reaction.

The biggest danger is parasites that live in semolina and flour. Their excrement is difficult to distinguish from product grains. At the same time, there is a high probability that there is mold in the grains, which will increase the negative impact on the body.

With regular consumption of such food, a number of problems will appear. Signs that a person eats food with flour parasites are:

If such symptoms appear, it means that the food contains worms or adults. The person needs to see a doctor immediately. 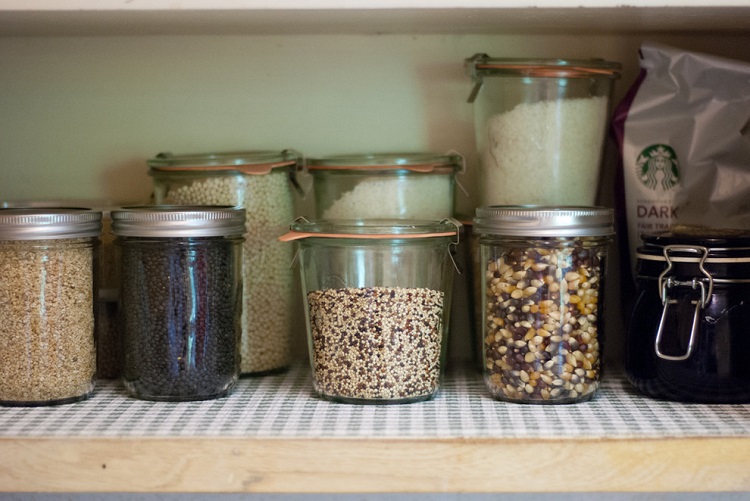 What to do if bugs appeared?

If bugs have appeared inside cereal packages, you need to take the necessary measures to get rid of them as quickly as possible. For this, you will need to perform several procedures. It is important to take into account that it is not so easy to get rid of any bugs in cereals. The following steps should be followed:

It is very important to react to the problem as quickly as possible. It will be much more difficult to fight if the parasites have time to multiply.

In order not to think about how to get rid of parasites in Hercules or other cereals, you need to take preventive measures. It is much more efficient. It is quite simple to ventilate the room, do cleaning, use closed iron cans to store cereals, and also carefully check whether there are no small bugs inside the package before buying. If you show special care, the risk of pests will be minimal.

How to get rid of bugs in cereal: top 5 ways