A common nuisance when the entire inner surface of an electric kettle is covered with a layer of calcareous, rusty or salt sediment, and the heating element is completely hidden beneath a few millimeters of this “something”. Scum over time begins to affect the taste of tea, and is found in it in the form of lumps and dirt. In addition, this will eventually break down the devicee. Initially, the water will be much longer to heat up, In the beginning, the water will be much longer to heat up, and then the body or shell of the heating element can burst. Therefore, it is necessary to clarify how to clean an electric kettle, and do it as carefully as possible.

The use of abrasive agents or a metal brush will not lead to anything good. Given that most teapots are made of plastic, the walls will be much faster to erase than the stone-like limescale. Any reasonable means are based on the process of dissolving the unpleasant pollution. There are several trouble-free ways to cope with the problem. 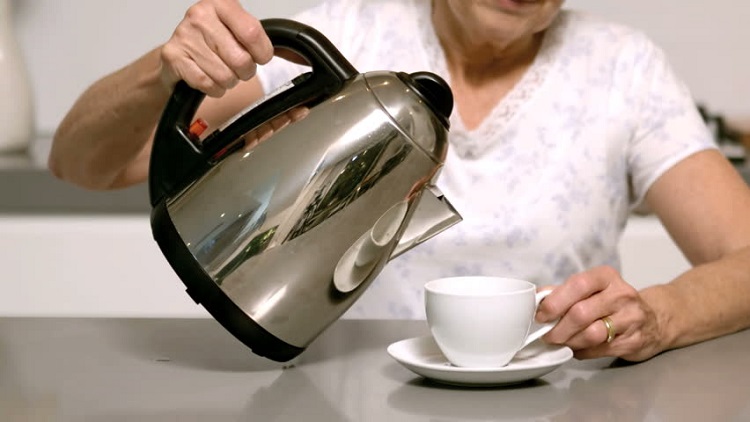 One of the most effective ways. It is best suited if the scum is the result of boiling water with lime inclusions and a lot of salts, worse copes where the bulk of dirt from rust in the water.

It is necessary to dial water into the kettle, in order to improve the effect, it is best to use the purified purchased water for this purpose, and add a pack of citric acid (100 grams) to it. After that, the water boils, and several times with a break in 5-6 minutes. If the scale was small or its thickness is less than a millimeter, the effect will be immediately noticeable. It will dissolve or disappear from the eyes before the eyes, leaving a clean surface after itself.

After water is poured out with citric acid, it is possible to wash the walls with a usual sponge and detergent to remove the limescale residues. If not all has been cleared, then the electric kettle should be cleaned again with citric acid. After the second time, usually there is only a gloss of an ideally pure tan and shiny walls.

Similar to the previous method, how to clean the electric kettle from limescale, is the use of acetic acid. To solve the problem, you need to boil a 3% vinegar solution in the kettle, possibly several times. Everything happens as follows. Filled with 2/3 of water and 1/3 of vinegar (this is a 9% solution), as a result, we get the right consistency. After boiling, a part of the limescale, especially lime inclusions, dissolve or become loose and soft. It only remains to wash the inner walls with a hard sponge with a detergent and re-boil in it already clean water.

If the first time is not all the dirt left, then the procedure should be repeated. As soon as the result is satisfactory, boil and pour out clean water and allow the kettle to stand for a day and dry, so that the vinegar completely disappears. 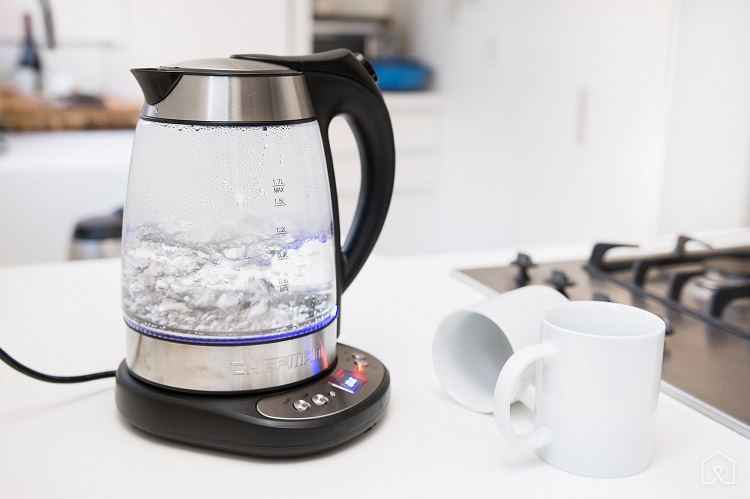 In particularly difficult cases, a variant with soda is suitable. It consists of two stages.

On the first one, two tablespoons of soda are poured and water is poured, it is possible to add only a little water and rub it with a sponge of soda into the scum, only without much enthusiasm. When the water is flooded and the soda is thoroughly mixed, the kettle switches on to boil, best several times with a break of 5-6 minutes. During this time, soda will get inside the scum.

The second stage is the use of vinegar as in the previous method. After the first boiling with vinegar the scum begins to peel away from the kettle and become loose. After that, just rub it with a sponge with a detergent inside.

This option is suitable in case of ambiguous nature of pollution. When it’s unclear whether it’s a limescale, salt fats, or rust. Soda with vinegar form a violent reaction, effectively breaking down a durable scum. So using this method, how to clean an electric kettle from limescale, can prove to be the most effective in the most neglected cases.

How to clean an electric kettle

This site uses Akismet to reduce spam. Learn how your comment data is processed.