So that snow-white linen does not lose its original linen after washing, every housewife should know how to care for it. But often white things turn gray and take on an unpleasant faded color. In this case, many people wonder: “How to bleach white fabric at home?” One of the ways is to bleach laundry with hydrogen peroxide.

Linen, cotton and synthetic fabrics can be bleached in an automatic washing machine:

Other methods of bleaching bed linen are described here . 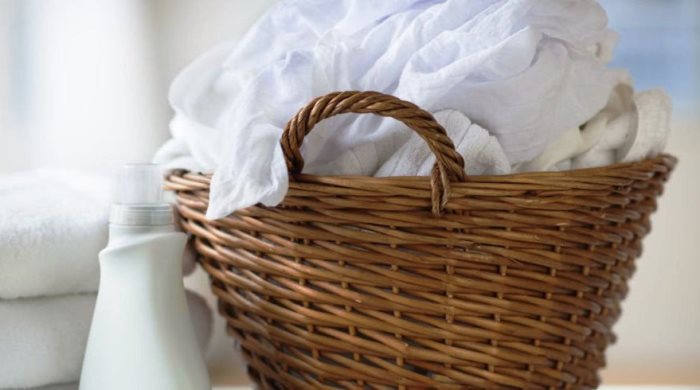 Underwear is made of more delicate and delicate materials, which lose their qualities when washed in an automatic machine. Therefore, you need to bleach manually:

Silk and wool items are washed and bleached by hand, as well as underwear items.

How to whiten laundry

Heavily washed white clothes should be liberally smeared with 72 percent laundry soap, then dipped in hot water, hydrogen peroxide added in the ratio of 40-50 ml of peroxide to 5 liters of water and left to bleach for 3 hours. Things should be rinsed with warm water with lemon juice dissolved in it. 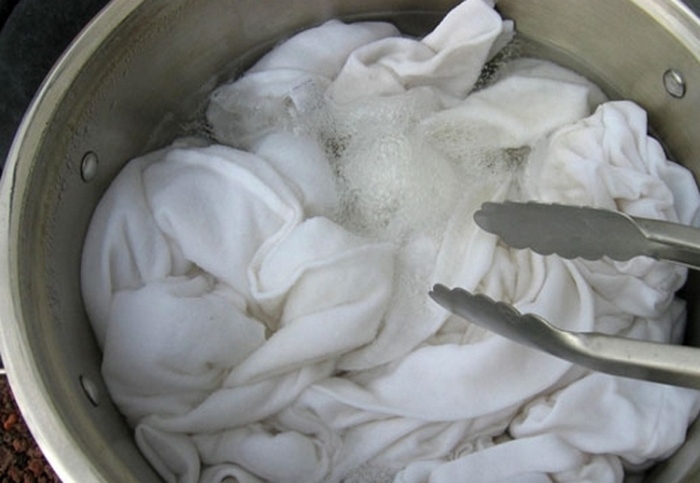 Get rid of yellow spots on white shirts

Stains from sweat and deodorant on colored clothes are less noticeable than on white. Ugly yellow spots on white women’s and men’s shirts look unattractive and unaesthetic. Fresh stains are easily removed with ordinary bleaching powder when washing. However, it is worth leaving the yellowed thing unwashed for a couple of days, and it will be more difficult to remove the contaminated areas from it. If your shirt, t-shirt or undershirt has been lying around for a long time, and the stains on it have become stale, the recipe described below will help you return to your former underwear and wash away the yellow stains.

For whitening you will need:

Pour 2 liters of water, the temperature of which is 60-70 degrees Celsius, into a small basin for washing. Dissolve 1 tablespoon of baking soda in it, add 1 teaspoon of hydrogen peroxide. Soak the yellowed linen in the resulting solution for 12-15 minutes. After bleaching, rinse the laundry thoroughly with warm water.

An ordinary lemon cleans synthetic things better than any specially designed bleaches. In a small basin without water, squeeze the juice of half a lemon and add 1 teaspoon of hydrogen peroxide. Yellowed areas of white clothes are treated with the resulting bleaching agent and left for 25-35 minutes so that the active substances of citric acid penetrate into the fibers of the fabric. After the time has passed, the laundry must be thoroughly rinsed and washed.

Importantly! Do not bleach things at home without gloves. Soda and hydrogen peroxide can corrode the sensitive skin of the hands, leaving behind skin damage, allergic reactions and burns.

This site uses Akismet to reduce spam. Learn how your comment data is processed.